We were called by the RNLI from Chiswick Lifeboat Station because whilst they were out on exercise they had seen Egyptian geese goslings on a lighter barge moored in Fulham Reach with no sign of the parent birds. We decided to leave them for 24 hours just to see if the situation resolved itself but the following day still no sign of the parent birds. So with the help of Tim and Holly from the RNLI, who gave up their Saturday afternoon off, Sally went out to the barge to find the youngsters. They had fallen into the bottom of the barge and there was no way they would have been able to escape from there, which may be why they had been abandoned. Sally scooped them up and they came back to the Swan Sanctuary and went into our crèche of young birds. It is very early in the season so we do not have very many at the moment, consequently the ducklings and the goslings are sharing a pen and a heater at the moment. They will be with us until they are old enough will be placed on our lake. Follow this link to see the goslings in the barge. The RNLI also reported on the rescue and that can be found by following this link 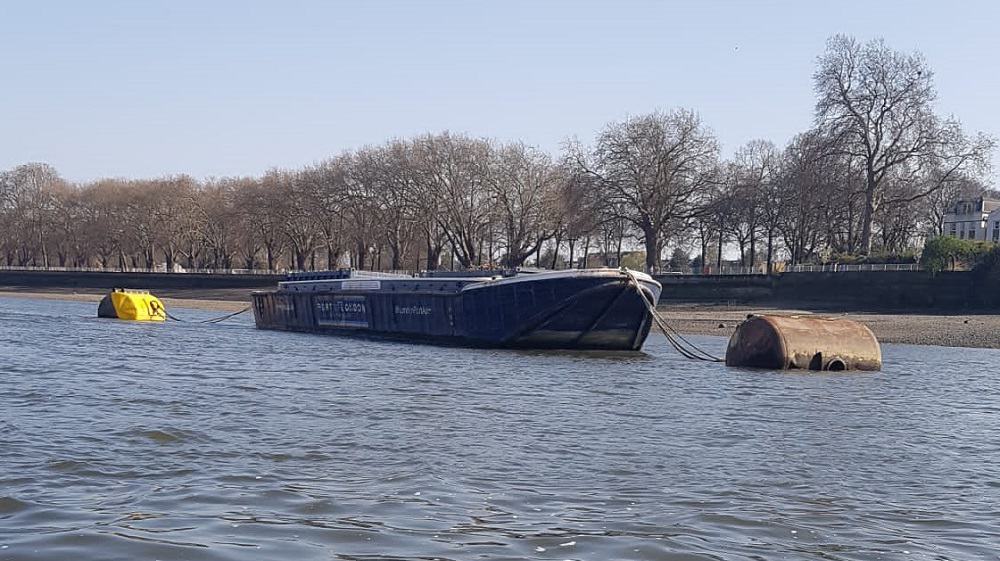 The barge on the River 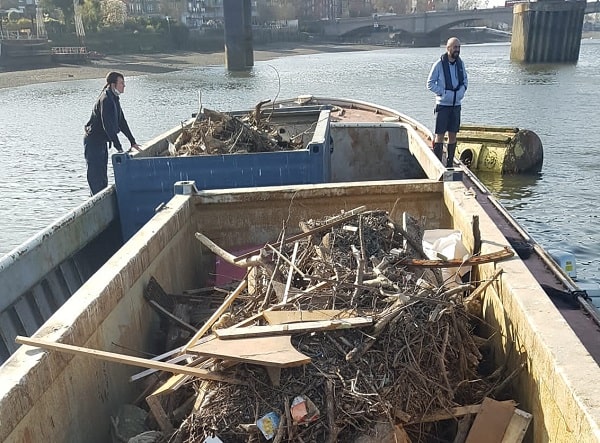 Tim and Holly on the barge

Queuing up for lunch