23rd November 2021 – Papercourt Lake – Ripley
Danni was called out early to the lake near Ripley when one of their cygnets was seen to be trailing a large object on the end of fishing line from its mouth. It is a big sailing lake and the cygnet was not being helpful and coming any where near the bank to be caught. Danni enlisted the help of the sailing club who launched their rescue boat with Danni in the bow, swan hook at the ready. Up until now the cygnet had shown no interest in flying but after being pursued by the boat around the lake a couple of times it decided to take its maiden flight trailing the object behind it. Probably surprised by the fact it was actually in the air it quickly landed in a corner of the lake with a sheltered inlet. Danni leapt out and successfully cornered the bird and it was soon under his control. The object was a large fishing bait ‘bomb’ used by carp fishermen for laying ground bait and the cygnet has managed to swallow some of the line and could not shake it off. There was no hook involved so it was a matter of delicately easing the excess line out before cutting it and the offending article was removed. Released back onto the lake and feeding happily again with the additional bonus of now knowing how flying works. Thanks to Danni and Susan at Papercourt Sailing Club for the help and photos. 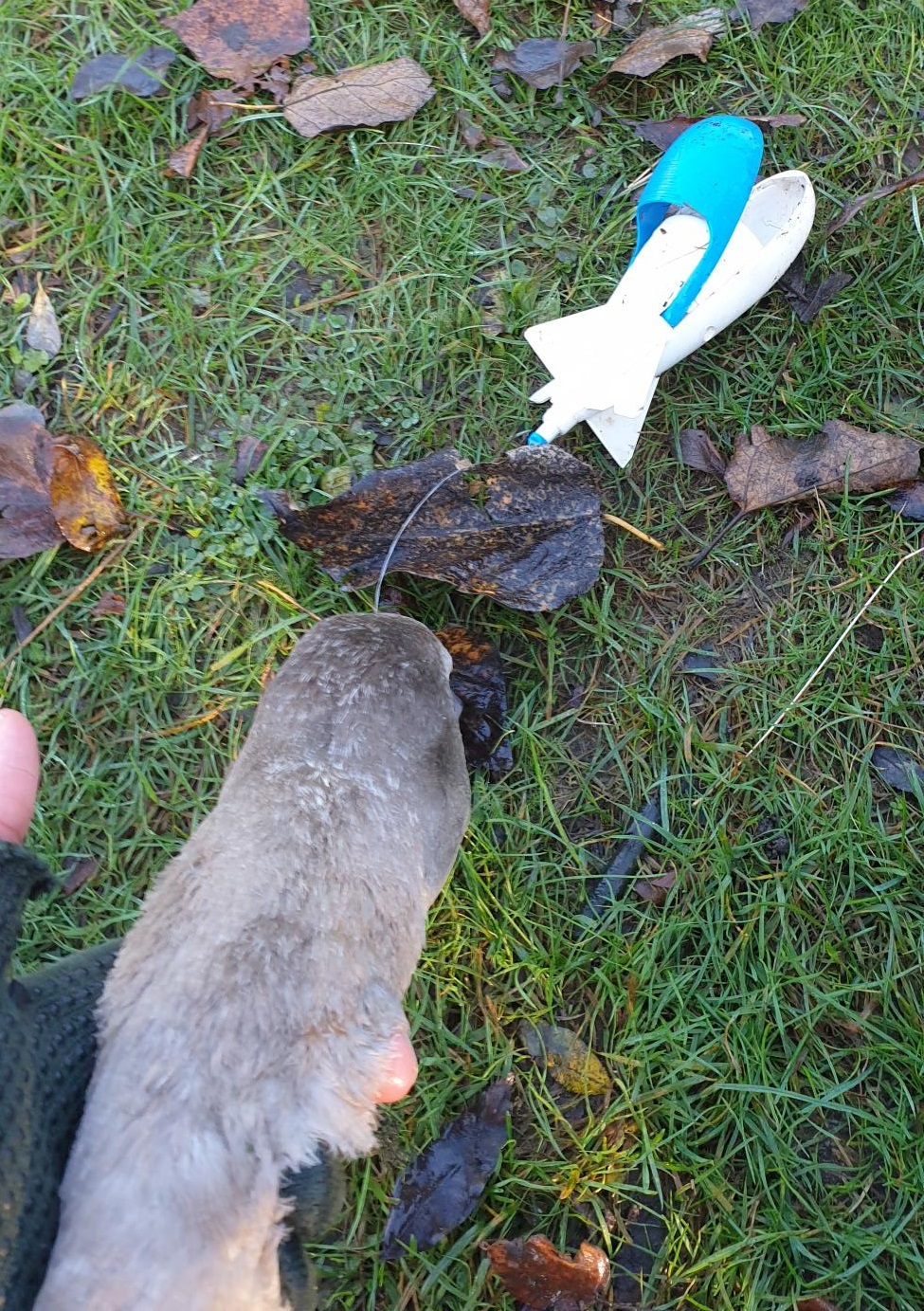 Cygnet and bomb before it was ‘defused’ 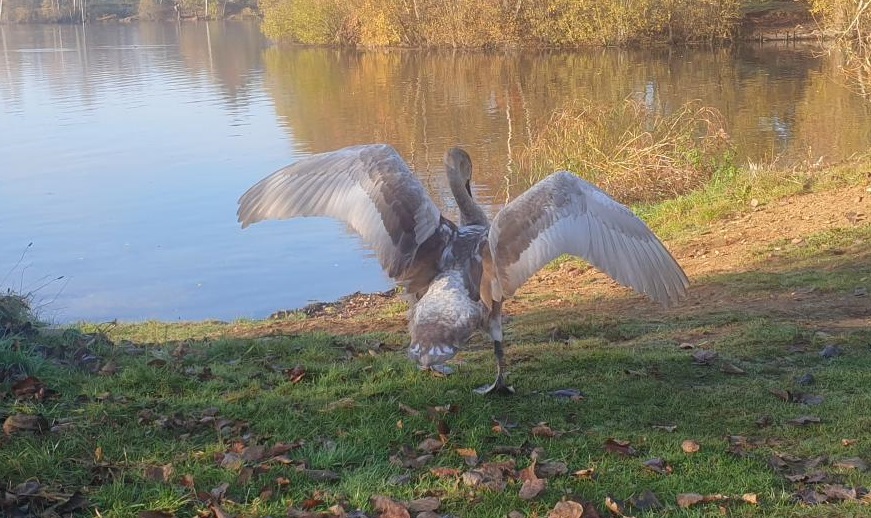