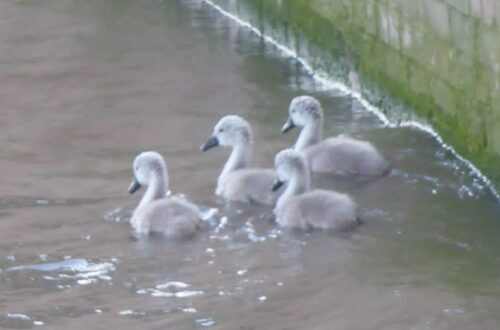 16th June 2022 – River Thames Battersea
A long rescue on the River Thames. We were called out by a member of the public after the RSPCA were unable to attend the incident near Battersea Power station. A swan family had got into an enclosed area at low tide and were trapped inside by the rising water. By the time John got there the two adult birds had drowned, unable to escape and 4 small cygnets had survived and were out swimming on the river in a panicked state. John called Sally and Ian to help and after some length of time in very difficult conditions they managed to catch three of the cygnets using a net even though the water was around 20 feet below them. The fourth youngster swam off and disappeared and we do not have boats suitable for use on the tidal Thames so a call was made to London Fire Brigade to see if they could help. They very kindly dispatched the fire boat Firedart from Lambeth River Station to come up and help. They were initially unable to find the cygnet and Sally and Ian were invited aboard, suitably rigged out in safety gear they joined the search. The young swan was eventually spotted by and eagle-eyed member of the crew cowering along the bank on a tiny area of sand. Sally climbed out and caught it to join its siblings who came back to the Swan Sanctuary and are in the creche.
Many thanks to the crew at Lambeth River Fire Station for their invaluable help. 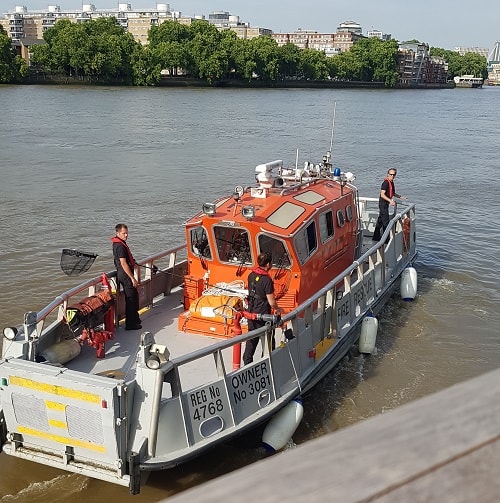 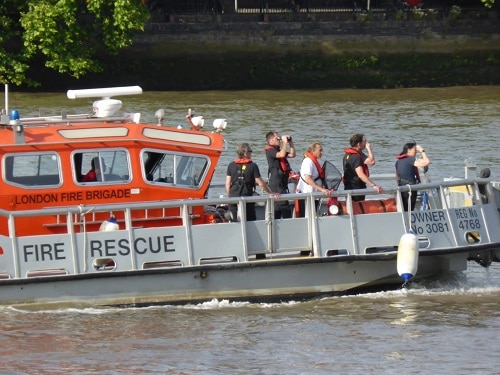