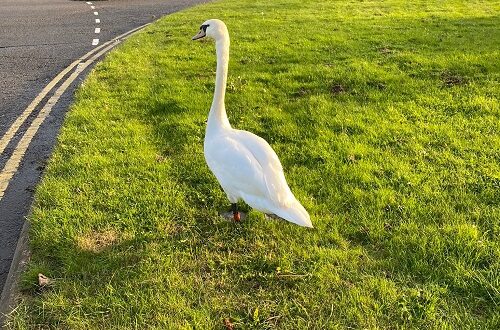 November 2021 – Milton Keynes area
This month has already been a busy one for Helen who does swan rescues in the Milton Keynes area. It is not often the patient is delivered on a bicycle but this happened near Northampton whem Helen was called out to a swan with ahook in its neck. The cygnet did not seem too perturbed at being transported to the scene of the detackle and it made it a much easier rescue. 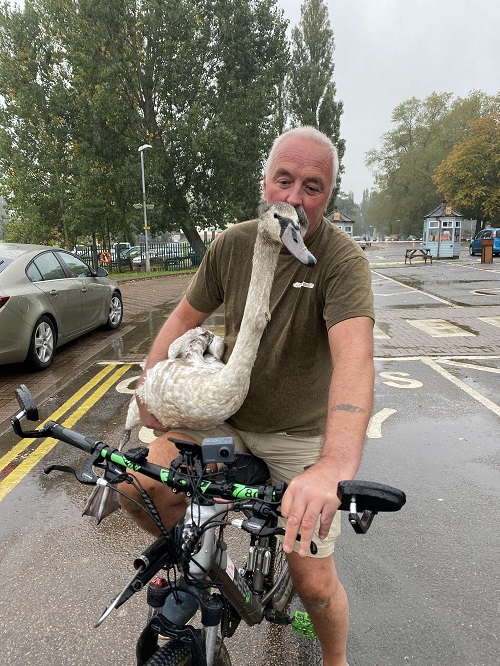 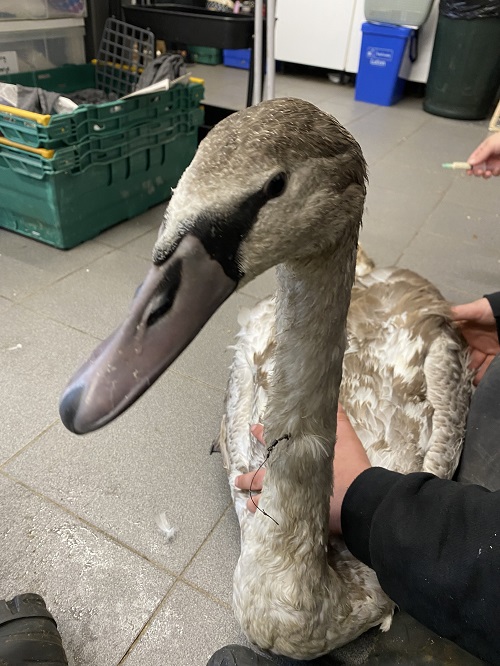 Just prior to the removal of the hook

This chap clipped some power lines and so was injured and had to be taken to Animals In Need in Norhtampton where he is doing well and did not need to transported down the Swan Sanctuary. 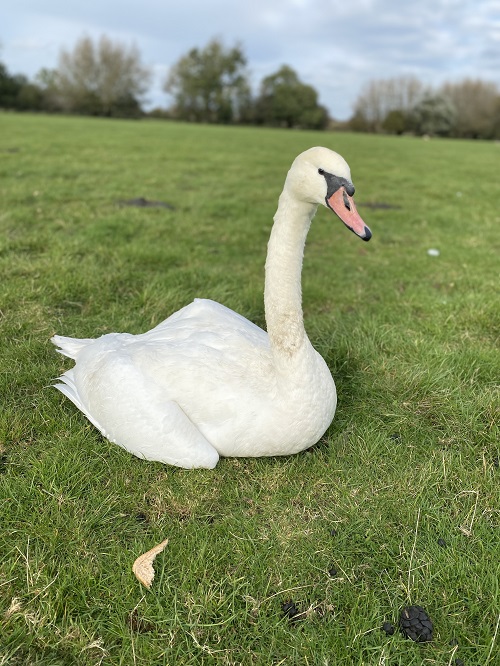 Another straight forward detackle with a hook in the beak, removed and released immediately. 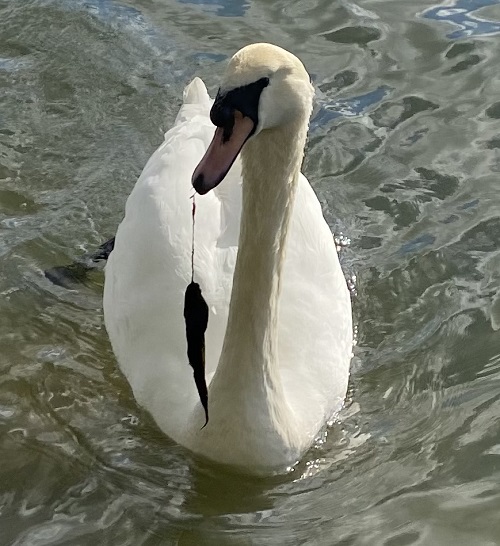 Hook, line and bit of weed 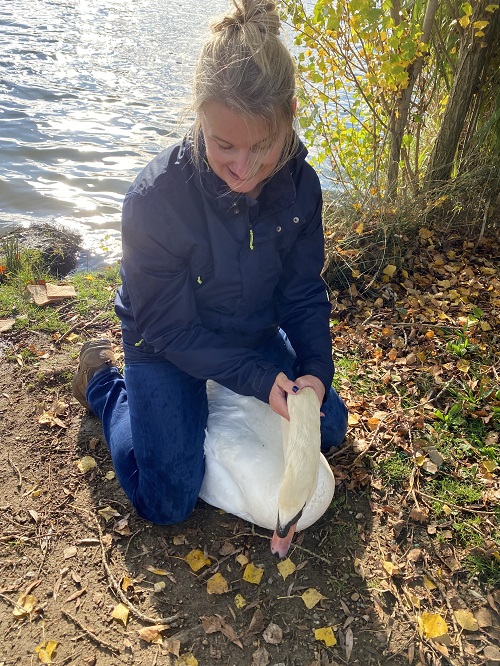 This one decided to land by a busy main road and had to be put on a nearby lake. 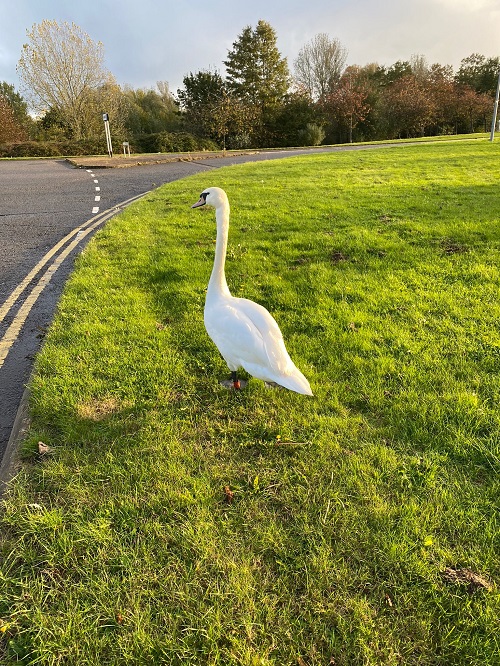 Wandering by a busy road