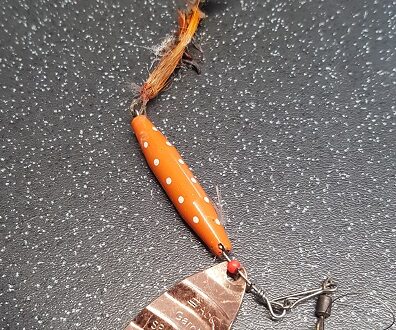 11th September 2021 – Hythe End Staines
A particularly violent encounter with a fisherman for this poor cygnet on Armistice Day. Sally was called out to this cygnet after it was reported with a hook in its neck. An enormous pike hook was embedded in its neck but the fisherman obviously was determined to get his tackle back. They pulled so hard on the line they dislocated the cygnet’s neck as can be seen in the photograph. So unnecessary. 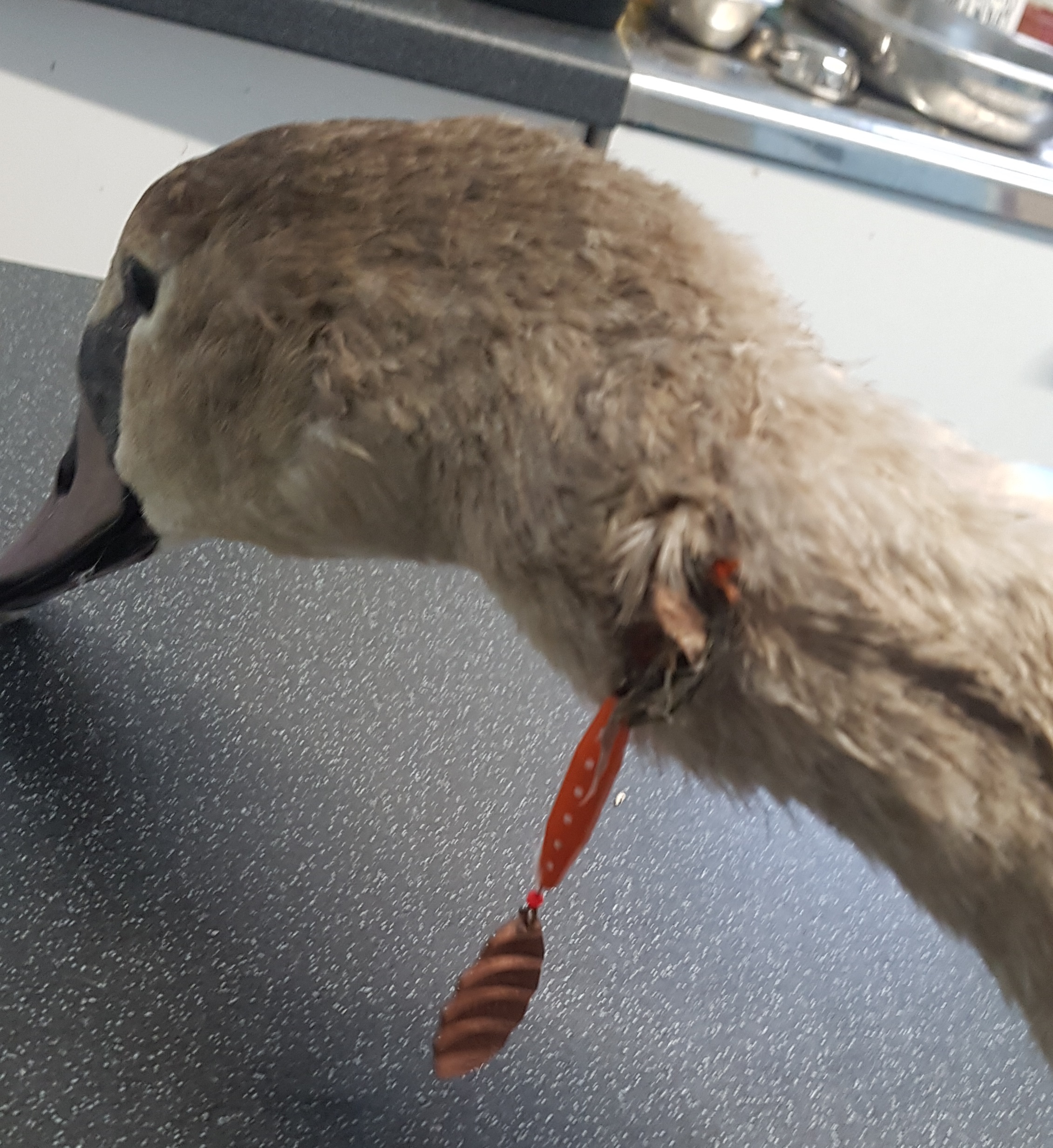 Hook well stuck in the neck 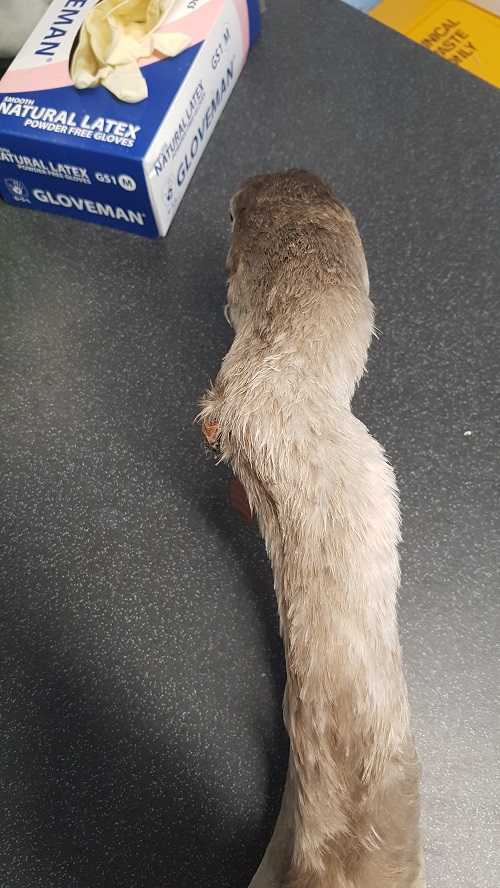